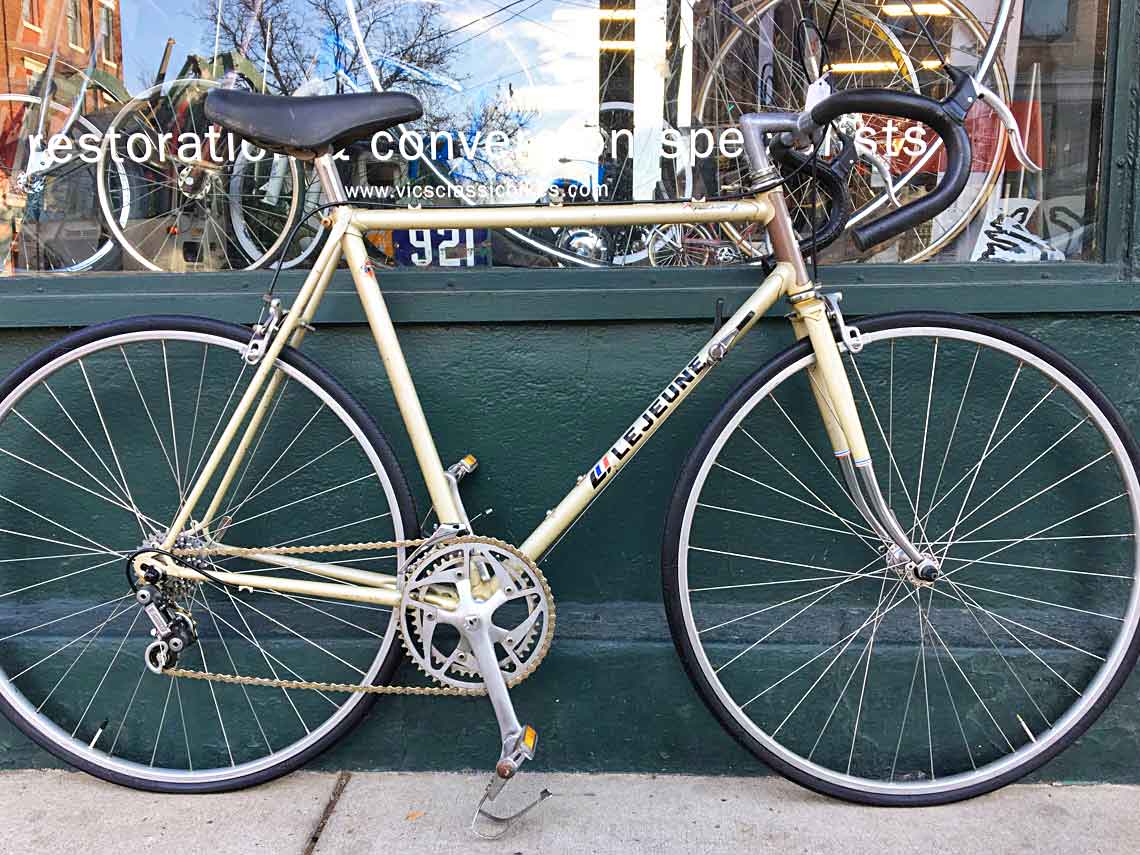 In 1947, the twin brothers Roger and Marcel Lejeune, former amateur racing cyclists, set out to manufacture bicycles in Paris. In the 1950s, Lejeune Cycles purchased a small manufacturer J. Beck, of Rue Réaumur in Paris, whose brand was called Sauvage. The bicycles were marketed under the name Sauvage-Lejeune. The head badge of their bicycles depicted a caricature of a “savage” that might have been considered offensive by some and may be the reason that from the late 1960s the bicycles were branded only as Lejeune. In 1974, Lejeune Cycles bought and moved into a larger facility in Paris. They sponsored or co-sponsored professional cycling teams from 1961 through to 1985.