Vic In The News 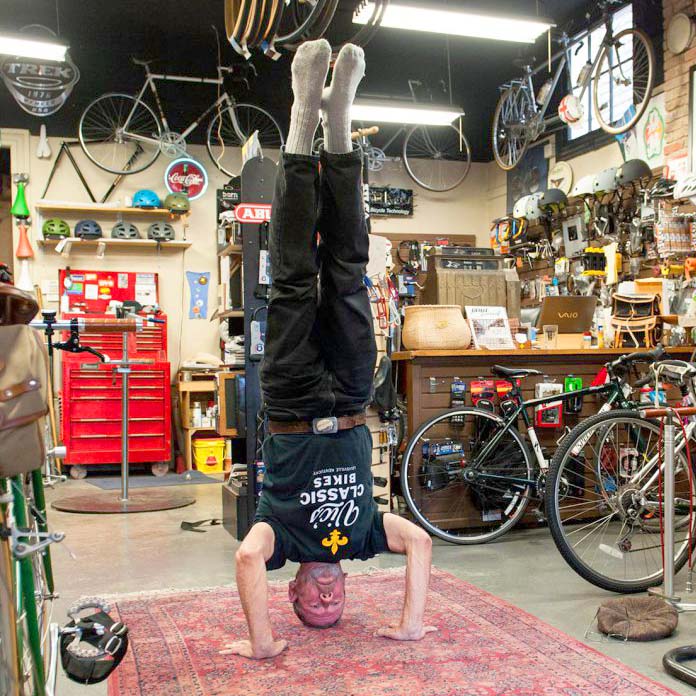 Tab’s View was a great short-lived online ‘zine headquartered in a restored historic storefront office in Germantown. Founder and publisher Tracy Beale created a resource for locals who were passionate about life. Nerissa Sparkman, an “artist, yogi, rebel, and activist with a gypsy heart” wrote the first-in-a-series of stories on fitness and yoga, Nerissa drilled down into the psyche of Victor Miller, to bring out the true untold story.

From a dysfunctional family as a child, then feeling the need to pursue “manly stuff” and getting a knee injury that required surgery, that later complicated itself, while changing his life in the process. The pain and suffering led Vic back to yoga, where he’s finally feeling at peace within himself. 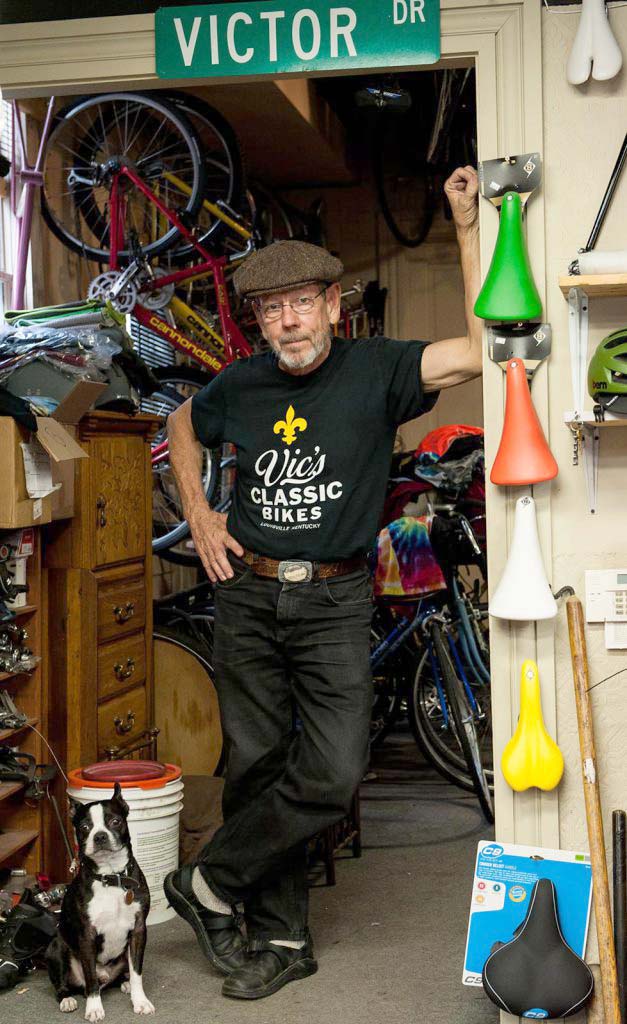 Victor Miller describes getting into the bike restoration business as “a hobby run amok” in this August 22, 2015 Louisville Courier-Journal article that outlines his business model.

When his son’s bike’s shifter broke Vic bought a used bike for $50 at a yard sale to get the part he needed –instead of buying a new $50 shifter. Then he bought some mountain bikes for he and his wife, Laura, and then a road bike, because he liked the Brooks saddle on it. Pretty soon he had a dozen bikes.

When the bikes started taking up space in the bedroom Laura asked him “What’s up with all the bikes?” his response was “I’m in the used bike business”, to which she responded “Shouldn’t you be selling them as well as buying them?. That week he sold four bikes, and by the end of the first year he had sold 40. Then Vic opened his first shop on Preston St.

Vic’s specialty is taking ’60 and ’70s steel-lugged frame bikes and completely dismantling them and replacing the worn-out parts, including the bearings –while adding a lot of pride. His level of restoration separates him from most others that sell used bikes.

His restorations are a total tear-down and restore. Plus, all of Vic’s bikes come with a Lifetime Warranty of Free Tuneups and Service (his lifetime, not yours, of course).

Bikes start at $275 and can run as much as $2,500 for a rare Italian road bike. Vic is always on the hunt for the classics, and will be glad to give you his opinion about that bike you’ve got in the garage that you’re thinking about parting with.

Few parts go to waste, what Vic can’t use he donates to Fall City Community BikeWorks, a non-profit bike shop that lets aspiring mechanics learn to restore bikes –which in turn can become theirs in exchange for ‘sweat equity’.

Vic is seldom alone at the shop, his best friend, Bentley, a Boston terrier, is usually by his side. Stop by and visit them at 3141 Preston Hwy. or call for an appointment. 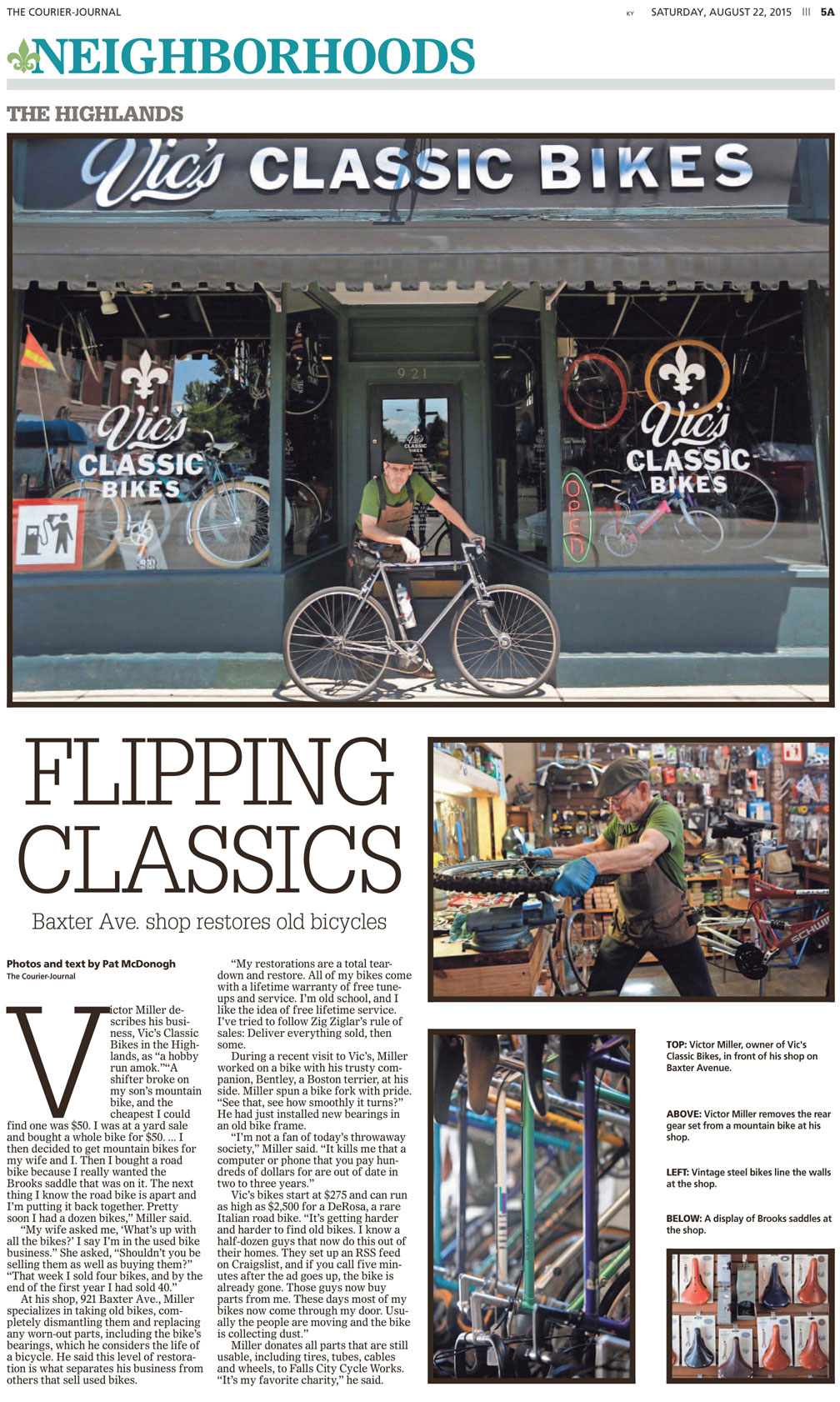 More news at this link.