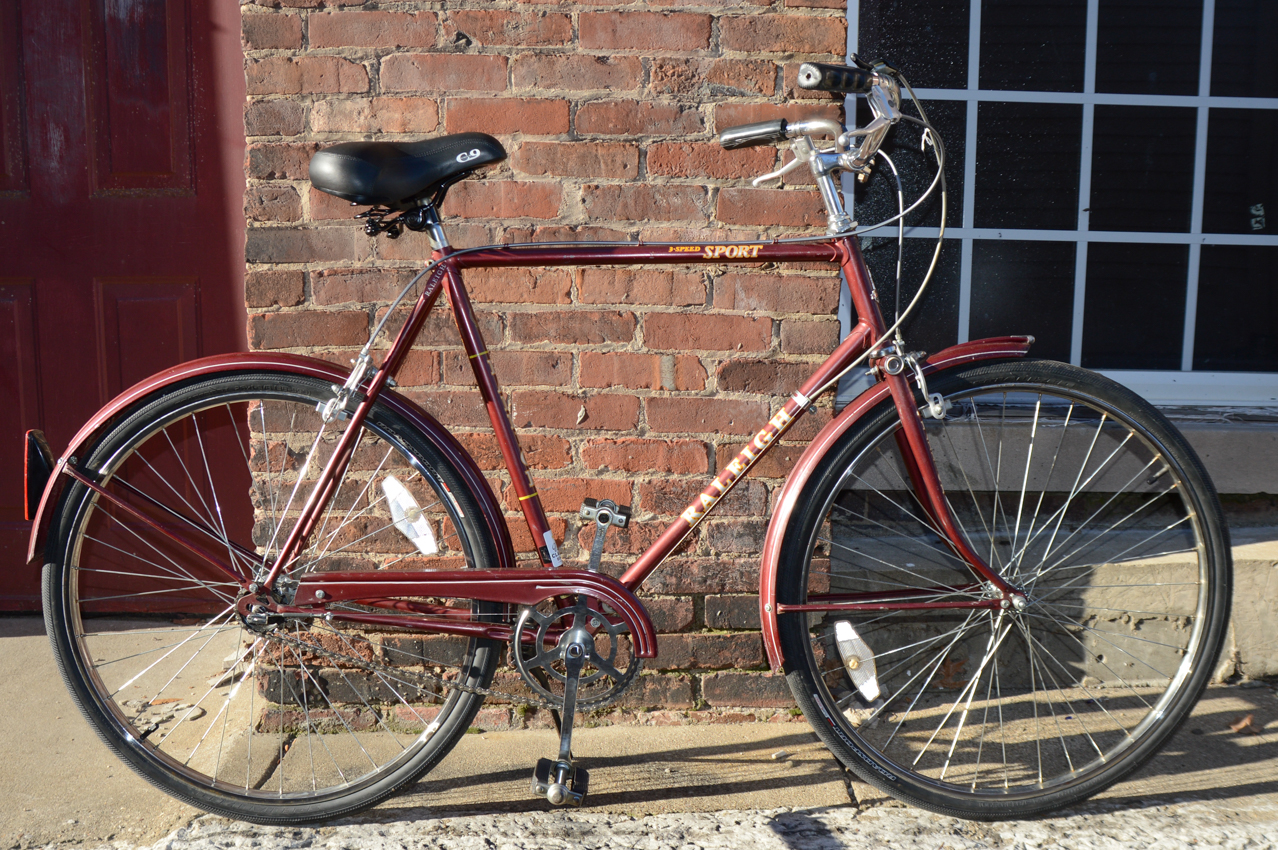 The fact that Raleigh 3-speeds are made of steel shouldn’t fool you into thinking that these bikes were cheap or inferior in any way…they were not…they were the finest utility bicycles money could buy.

Raleigh 3-speed bicycles were introduced around the turn of the century, and kept improving in technology over the years, reaching a peak in quality probably in the mid-to-late 1950s. They continued to be built in Nottingham until the mid-1970’s, when the glamour of the 10-speed fad pushed them out of favor with the rising baby boom generation.

For many years, in many parts of the world, the Raleigh “Sports” three-speed bicycle was considered the ultimate in human-powered transportation. These bicycles were not toys, and, despite the model name, they were not sporting equipment…they were serious vehicles. The men and women who built them, by and large, also rode them, as their primary means of transportation.

Most modern bicycles are designed with the primary intent to catch your eye on the sales floor, and persuade you to buy. That is not what a Raleigh Sports was about…these were designed to provide solid, dependable transportation for the British public, at a time when only the upper classes had motorcars. These bikes were built to last 100 years, with reasonable care.

Don’t sneer at old 3-speeds. They are serious bikes, built for serious use. They are meant for utilitarian cyclists, and they are still extremely appropriate for riders who don’t usually go more than a few miles at a time. They are particularly at home in stop-and-go traffic, because they can be shifted even while stopped. Their English heritage: full fenders, oil lubrication, and totally enclosed gear system, makes them relatively impervious to wet conditions. They may be heavy. That is not because they were built to be cheap, but because they were built to endure extremely rough usage and neglect. Properly cared for, they will outlast us all. www.sheldonbrown.com/raleigh.html