This 80s-era Schwinn Paramount “Pista” (Italian for track) has recently been added to Vic’s collection at the shop.

This frame was made by Paramount Design Group at Waterford Precision Cycles in the USA (circa 1980-1994), it features Reynolds 531 tubes, Nervex lugs, full Campagnolo groupo including wide-flange hubs, and its original Cinelli Unicanitor saddle.

This model was known as the Starburst edition for the star placed between the Schwinn and the Paramount on the downtube decal, this decal became the signature styling for the Paramount.

In 1973 the Paramounts lost their Olympic rings on the downtube as the US Olympic Committee tightened up trademark usage and Schwinn adopted the Olympic color bands.

More on the history of Paramounts is available here: 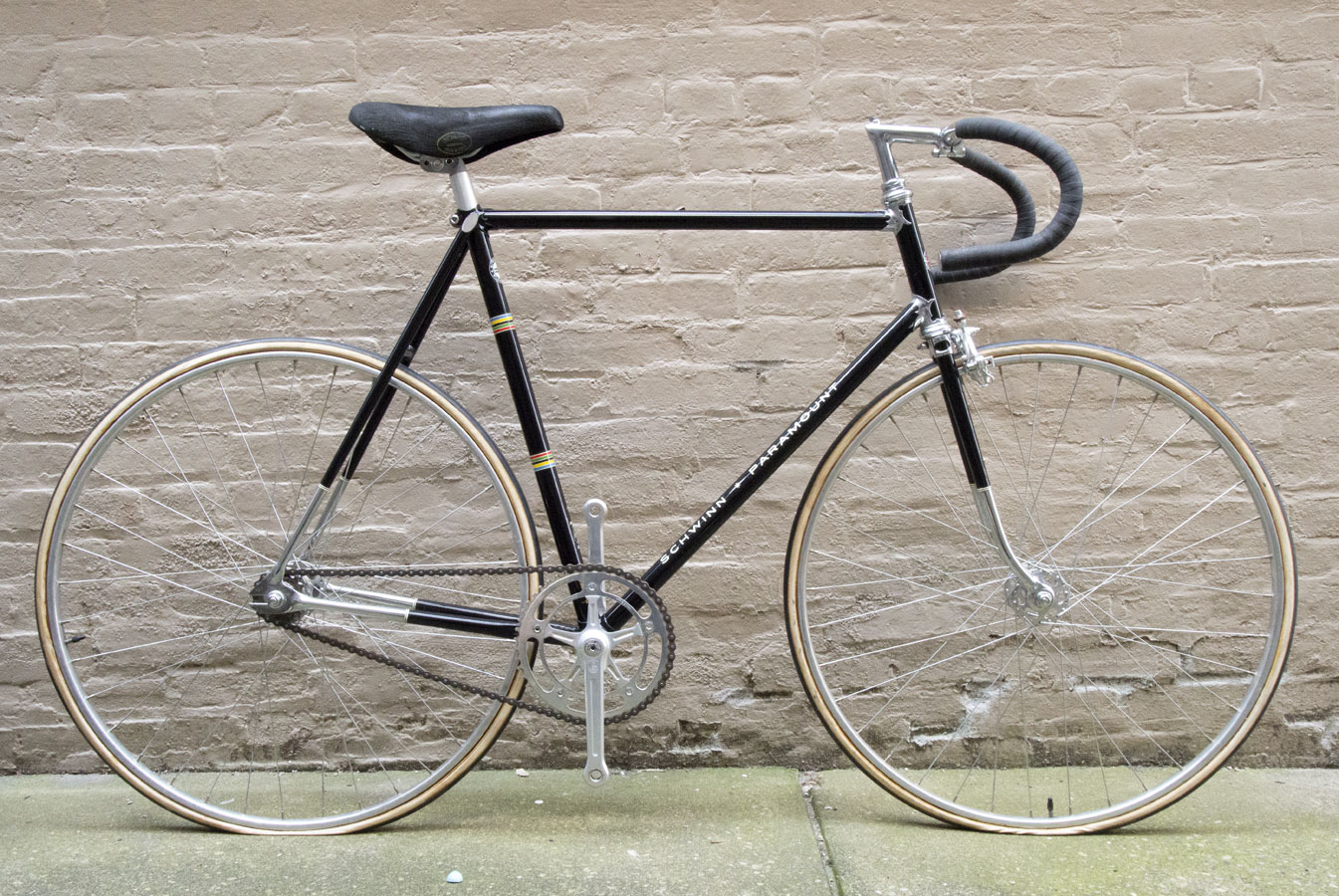 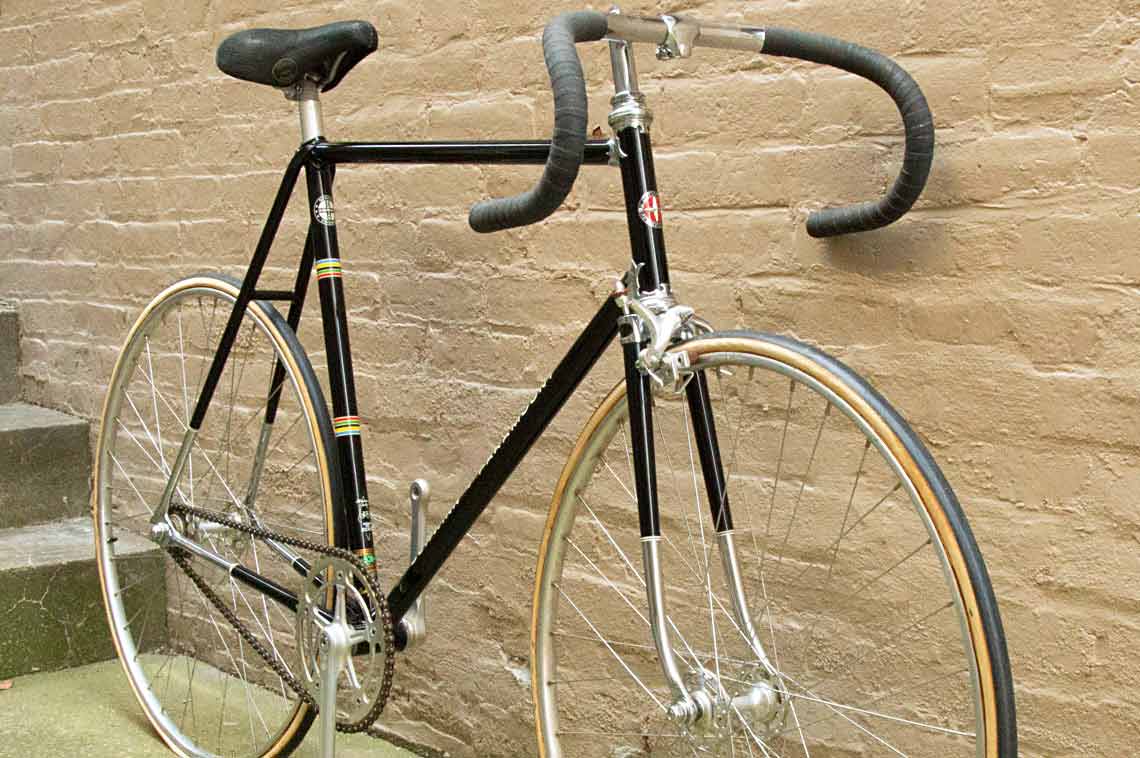