Schwinn’s Sting-Ray was known as “the bike with the sports car look” and it changed cycling when it was introduced in 1963, the model was made until 1981, Schwinn’s Krates were made from 1968 to ’73, the Schwinn Fair Lady for young ladies were produced from 1964 to ’82, and the Schwinn Mantaray was only produced for two years, 1971 & ’72.

The bikes all featured a short frame, high rise handlebars and a long, bucket shaped saddle, all borrowed from the southern California bike personalization/customization craze. The design gave the rider a combination of features for quick maneuvers, fast starts and short radius turns.

Schwinn’s bikes became a wildly popular best-seller almost overnight, and sold like wildfire – with an introductory price of only $49.95.

Naturally, every other bike manufacturer copied the idea.

Vic has had the opportunity to restore several Sting-Ray style bikes, one was from a Schwinn competitor, a model branded as the ‘Wildcat I’.

This bike was the owner’s first bike, and he wanted it restored to the way he remembered it. The restoration project included sandblasting and powdercoating with almost all of the parts being replaced with reproductions.

The finished bike is stunning, right down to the logo reproduced on the chain guard. 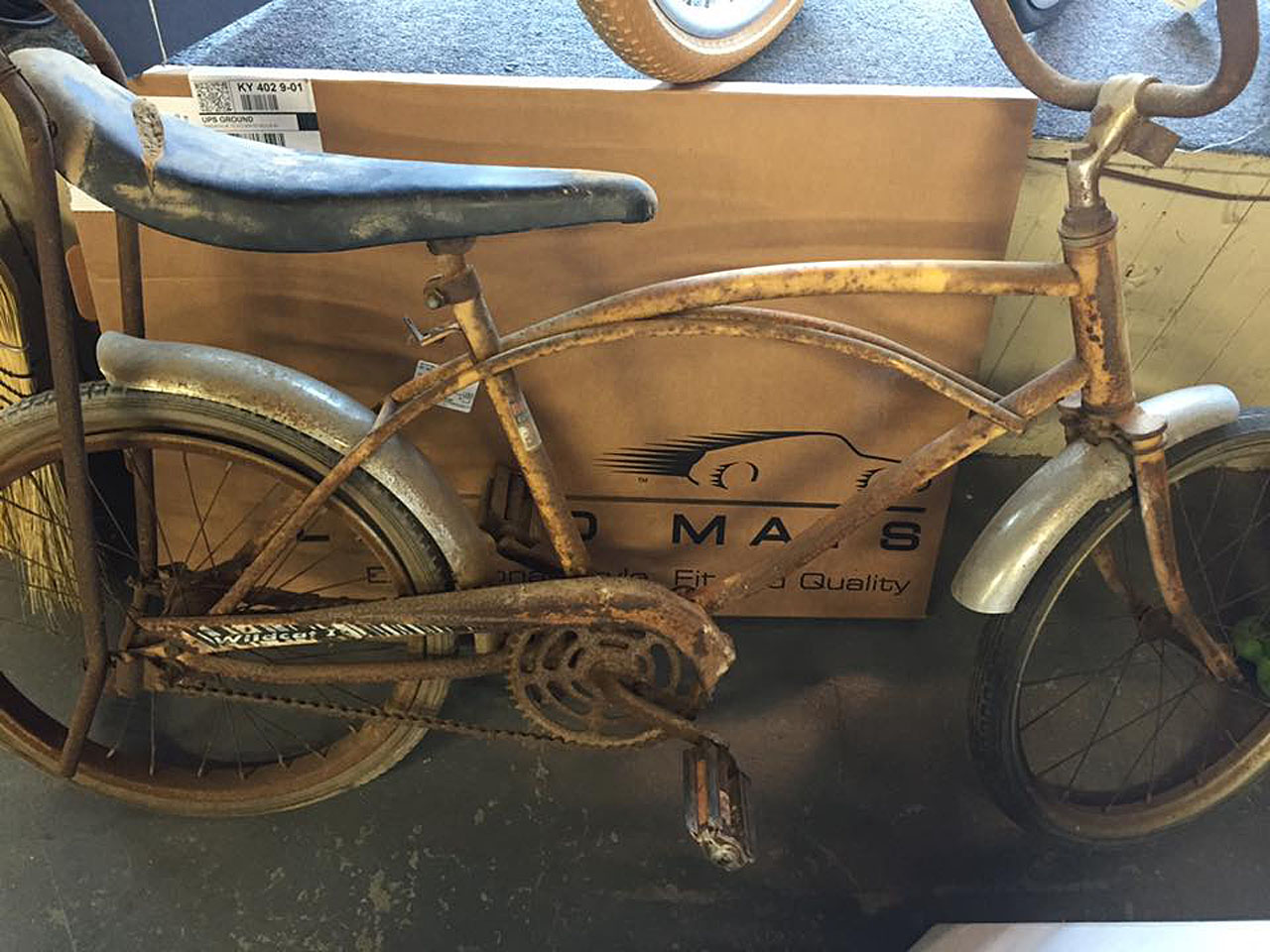 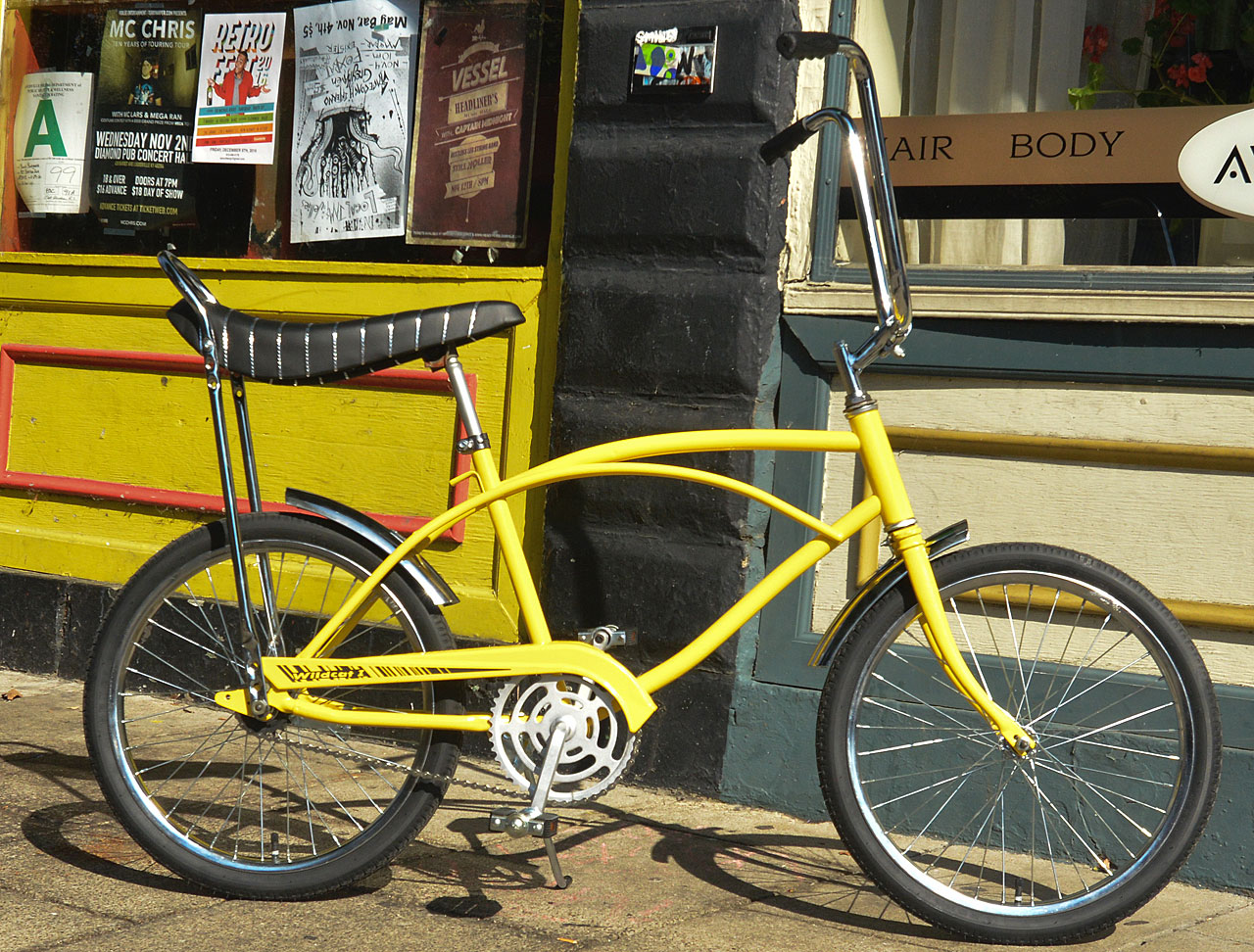